There is a lot of confusion on how the boundary change could impact people, farmers and businesses in those areas affected and the move is being described as a land grab, no-one really knows  what if any the impact will be.
Some feel as we will be the outskirts of the city, that we could lose so much more than we will gain, including much of the green belts between the city and Glanmire, Glounthane, Little Island and we all know the expression, “once its gone, its gone“
The Southern Star wrote a good article last week showing the map, the existing boundary, the MacKinnon extension and the alternative County Council boundary suggestion (which at least makes sense by removing some of county/city electoral area splits in the Douglas and Ballyvolane areas) along with Questions and Answers  http://www.southernstar.ie/news/roundup/articles/2017/10/02/4146640-everything-you-ever-wanted-to-know–and-should-know–about-plans-to-change-corks-county-boundary/
It is well worth a read and making your own submission at www.corkcoco.ie/viewproposal-make a submission Or alternatively submissions may be made by post to: Office of Director of Corporate Services, Cork County Council, Floor 14, County Hall, Cork, because after the 17th Nov., this will not be an option and the Minister in Dublin, will make that final decision for us in Cork
The PPN – Public Participation Network which represents the communities in the Cork County Q & A’s are below 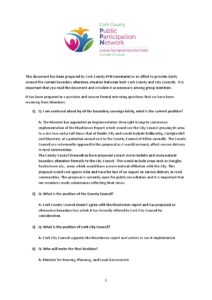 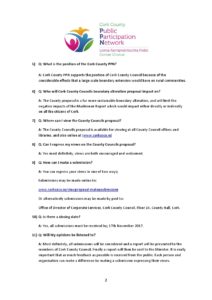 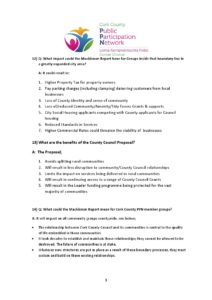 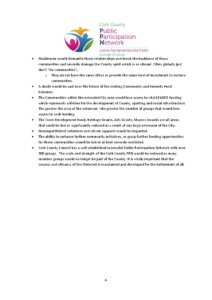 The City Council have produced a Cork City Expansion fact sheet (see below) where they say every county concerns on the extension is ‘untrue’ and explain their answers, however they haven’t even made a statement for the people living and working in the extended areas to allay their worries, but maybe that’s because, according to the Evening Echo last month, a senior source in city Hall, said ‘the city extension was a done deal’
It is unbelieveable to read on Cork City Councils website that in 2015 when the Minister originally invited public submissions from the county that just over 100 were made (not even 1,000!) I was one that made a submission and I wanted the 2 councils to be merged into one, which was the final Smiddy report recommendation and it was backed by County but not by the City so another report was commission (the MacKinnon) by then new minister Simon Coveney 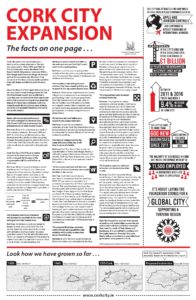