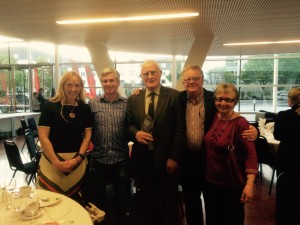 Some of Nick’s other key achievements through the years were;